Time to get SERIOUS.

When new technology appears, safety is never the first priority. It’s all about getting it working, whatever “it” may be. When the Wright brothers flew their first plane at Kitty Hawk, do you think they were worried about crash protection? Seatbelts weren’t even standard in cars until the late 50’s. And that’s as it should be- when you’re innovating and creating something new, your efforts should be put towards proving your technology. Safety should follow. Unfortunately, in the world of cannabis cultivation, that hasn’t happened.

In the late 90s when the first cannabis trimming machines appeared they were used primarily on the black market. There was little attention paid to the safety of these machines. If somebody was injured on a covert cannabis grow-op, they weren’t going to be calling the manufacturer to complain. Nor would there be any lawsuits filed. Hell, depending on the severity of the injury, they might not even want to go to a hospital. 20 years later, and the landscape of cannabis cultivation has changed dramatically. There are more than 10,000 licensed cultivators in the US and Canada, and many more that operate in a legal grey area. We’re at a crossroads in the growth of the industry, and when we were designing the Mobius Trimmer we felt it was time that safety became a priority. We owe it to the expanding cannabis workforce, but we also believe clear and relevant safety standards are necessary for the legitimacy of the industry. 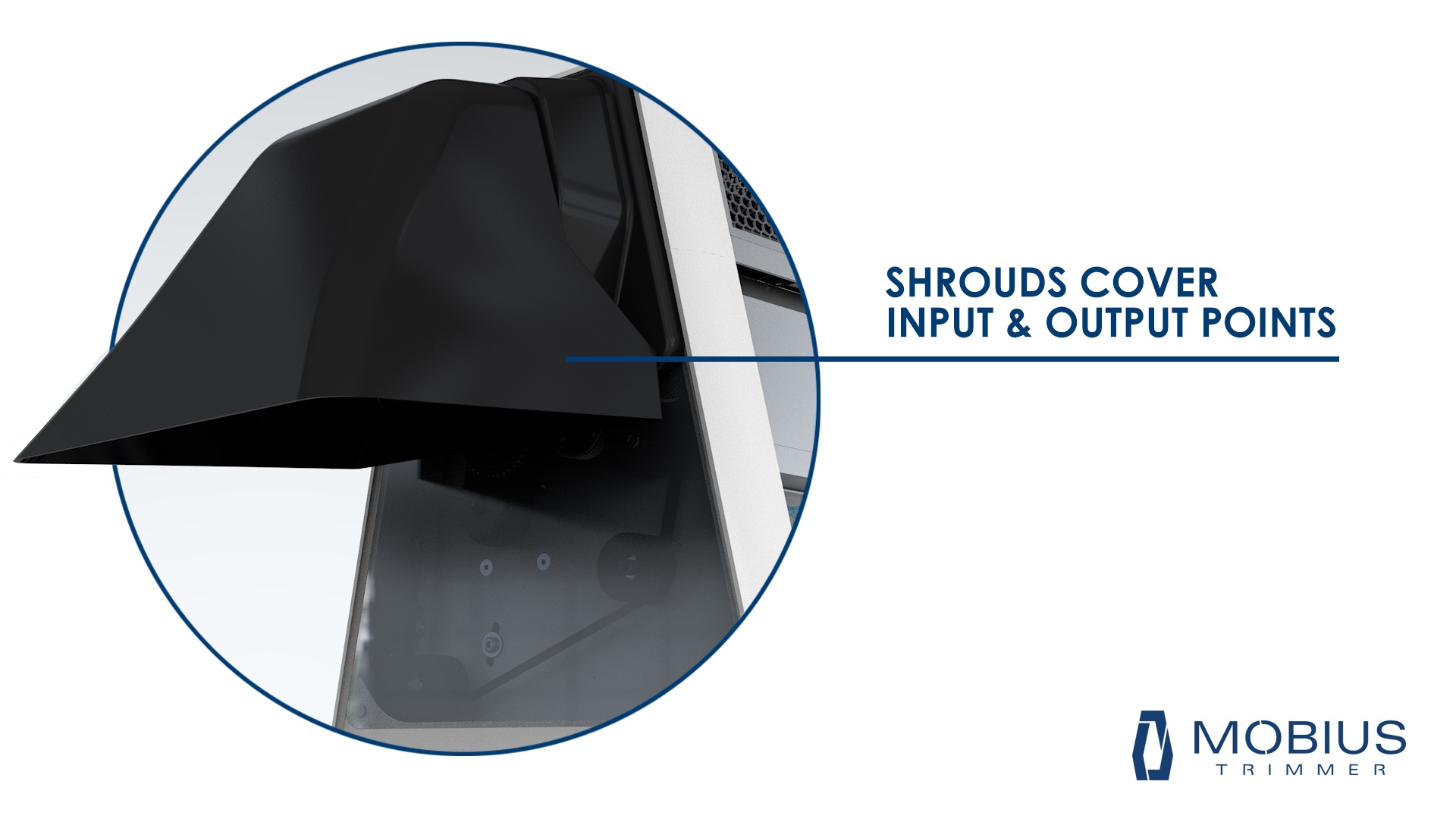 With the upcoming release of the Mobius Trimmer M108 we’ve included a variety of safety features that make the Mobius about as dangerous as a kitchen appliance.

We believe that safety in the cannabis industry needs to be a priority, and that’s why we’ve included so many safety features in the Mobius Trimmer M108, the first component of our harvesting system. We look forward to better standards and closer scrutiny from safety organizations as the industry continues to evolve.

When to Harvest Marijuana for Maximum Potency

How to Harvest Cannabis on a Commercial Scale

Maximizing the Value of Your Small Cannabis and Hemp Flowers