If you’ve used any Mobius equipment before, you might have noticed that the dials are a little… different.

If you haven’t noticed, look closely. Where most adjustable dials on almost any piece of equipment run a range of 1-10, ours go a little extra: our dials go to 11. 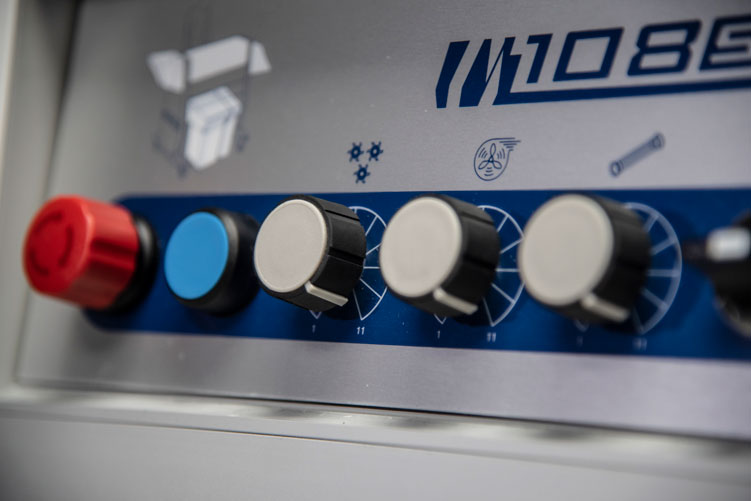 It began back in the early days of Mobius, in 2018. The M108S design was functional and had been tested and proven, but there was still work to be done to make it look a bit more “sexy.” The attitude back then was that anything was possible. Good ideas came from everyone on the team, not just the engineers. We were creating something brand new in the industry, and it was up to all of us to make it into what we wanted it to be.

How the conversation started may be lost to history, but it likely had something to do with music.

(Director of IT Amanda McKellar is a rocker at heart, so it could have been a conversation around her particular musical tastes.) A music-themed movie came up in our discussion that we all loved, except for one person: CEO Aaron McKellar. He would come to love it but hadn’t yet because he hadn’t seen it. We’re talking about the satirical masterpiece This Is Spinal Tap.

The favorite scene of many from that movie is the scene where Nigel, the guitarist from Spinal Tap is explaining to Rob Reiner about the dials on their amp.

Watch it for yourself:

We showed the clip to Aaron, and had a laugh about it, But then Johnathan, our sole marketer at the time said, 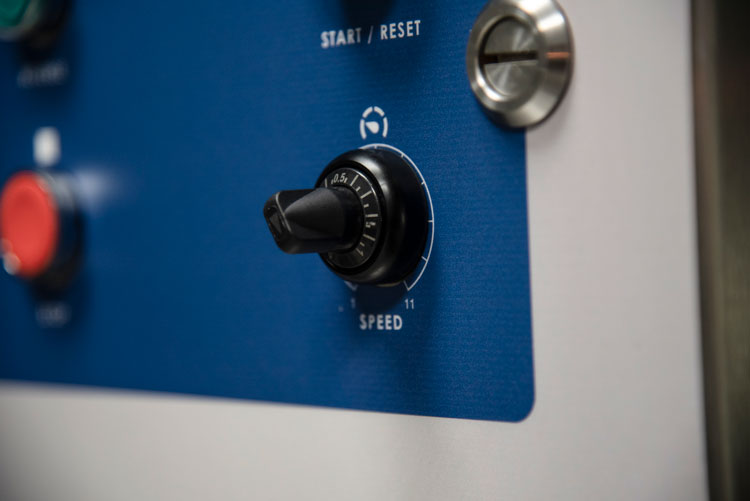 And that was it. That’s all it took. It was decided that our dials would go to 11. It was funny, it was an interesting nod to something important, and it was a recognition that Mobius and the Mobius team were doing things their way. If everyone went to 10, we were going to 11. We were blazing our own trail, building new and innovative products for a new industry, and this recognized that anything-can-happen vibe in the early days of the business.

Fast forward to 3 years later: Mobius has grown from a team of 6 (at that point) to over 100. In addition to our Vancouver HQ, we now have facilities in Ottawa, Grass Valley, CA , Las Vegas, and Denver. We have a complete lineup beyond the M108S, including the M210 Mill, M9 Sorter, and MBX Bucker. The largest and best cultivators from the US, Canada, and around the world almost universally use Mobius equipment.

But a few things remain the same:

We are still blazing our own trail.
We are still innovating and creating new products never seen before in our industry.
We still do things the way we want…
And our dials STILL go to 11.

How To Grind Cannabis For Extraction

How to Staff Your Cannabis Processing Facility

How To Cure Cannabis: Best Practices to Maximize Potency

How to Choose the Best Cannabis Trimming Machine

When and How to Harvest Cannabis for Maximum Trichome Retention