Mobius has a small hang-up; we NEVER over-promise and under-deliver. We believe in first educating ourselves, then educating customers, letting them make informed decisions. The only way that’s possible is by generating and utilizing empirical data rather than theoretical math, so that’s what we do. And that’s also why we seriously balk at the competitions’ declarations of cuts-per-minute as some sort of proof of unachievable through-put claims. It’s the old saw, figures lie and liars figure. 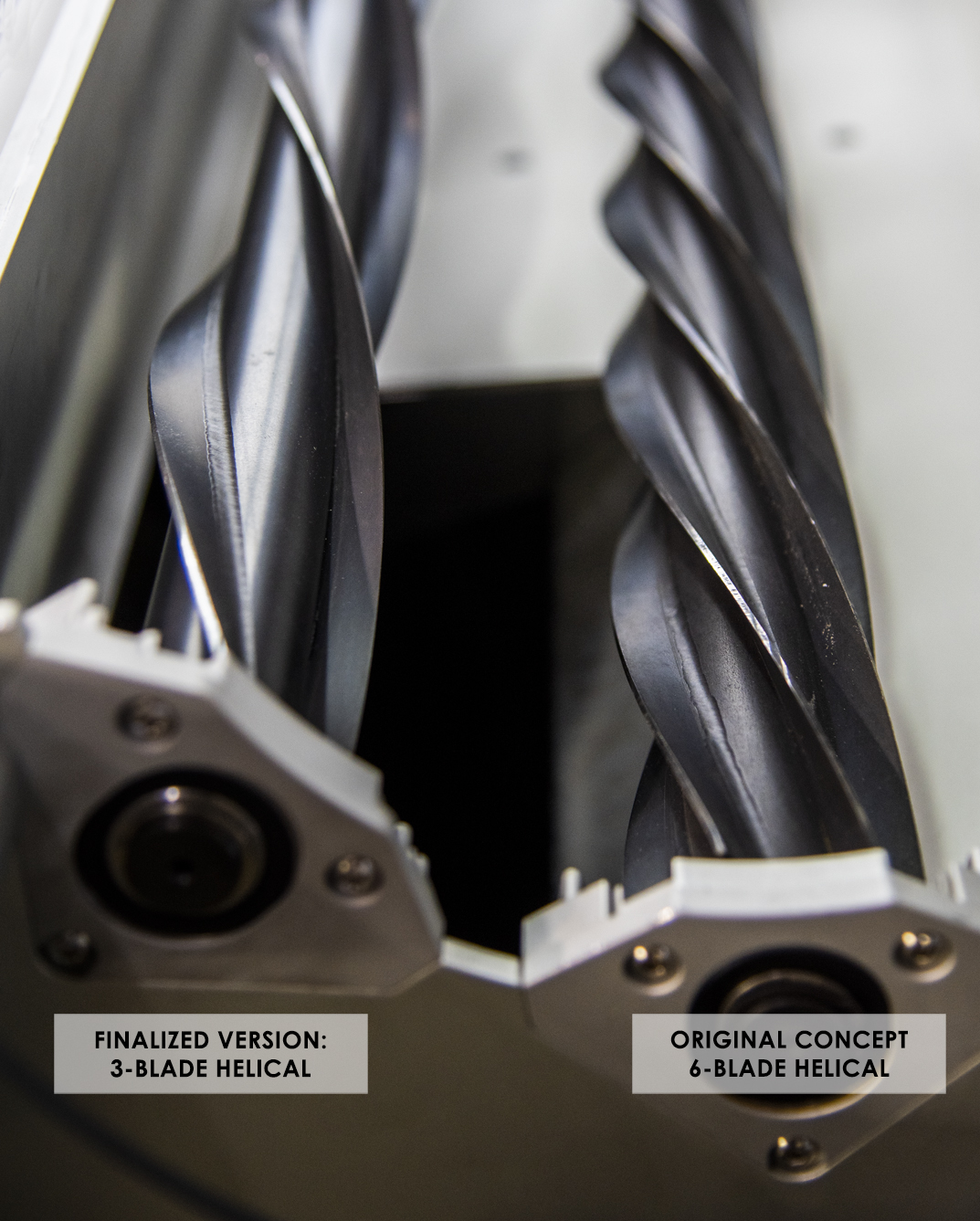 Originally, the Mobius M108 prototype was kitted out with 6-blade helicals, not the 3-blade helicals that made it into the production model. Theoretically, that should be twice as many cuts-per-minute, right? And that should mathematically inform claims of far higher through-puts, right? According to over-simplified math, yes. According to testing, not even close.

How about cranking up the RPMs? Mobius M108S Trimmers are VFD-controlled, so we could step on the gas and have the helical blades spins twice as fast. Again, the math would suggest twice as many cuts-per-minute, yet testing proves it doesn’t work that way.

Cuts per minute is a stupid and misleading metric, and in no realistic way does it translate to machine performance. How is the number of cuts per minute even arrived at? Is it a multiplier of helical RPM x something-or-other cloaked as being relevant? What is the definition of “one cut”? Is that arrived at by arbitrarily supposing the average linear space along the helical blade that a bud takes up, then dividing that into the overall length of the blade? Is the tumble of the buds taken into account? Is there a formula any more scientific than, “How many licks does it take to get to the Tootsie Roll center of a Tootsie Pop?” We think not, and that’s why we won’t play that game. Our R&D  department tested prototypes until they found the sweet spot. Our Feed Rate claims are based in real life results. No extrapolations. No mathematical suppositions. Just facts. We do this because we love you x infinity +1.

When to Harvest Marijuana for Maximum Potency

How to Harvest Cannabis on a Commercial Scale

Maximizing the Value of Your Small Cannabis and Hemp Flowers